Horse Sports I Have Known

A young family member asked about horse sports. If I’m gonna generate this much text, it’s gonna be a blog post.

Please note. This is an impressionistic overview of the field from my perspective. This is not a definitive treatise on the subject. For more info, most horse activities have a governing body that would be only too happy to tell you about their sport at great length. One thing you can say about horse folks, we are not shy about sharing our enthusiasms. Adding all the associations would turn this post into a linkfest. I leave you to search further on your own.

Thank you M. That was fun.

Blog Hop Invite. Which horse sports have you done?

POLO. A classic format game wherein two teams facing each other with goals at the opposite end of the playing field. My memory bank is telling me this is the only true team sport in the horse world. The rest of the “teams” are composite scores from individual performances. This upsets some people. I’m not sure why. Vaulting, below, I would classify as group activity. PC Games, also below, is a relay.

The game has global variations.

Personal Involvement. I have never ridden a polo pony or played in a game. I’ve groomed polo ponies and watched a few matches.

A long time ago at a horse show far, far away. Photo by Deborah Rubin

[The Unexpected Anguish Of Not Attending Camp]

Personal Involvement. Done many times in many places with many horses, all at a moderate level. This was Previous Horse’s shtick. Highest I’ve jumped in competition was 4″. So far.

DRESSAGE. Olympic sport. Semi-subjective. Objective in that you have a list of things accomplish; subjective in that a judge evaluates how well you accomplished these things. Think ice skating. Horse and rider perform a pattern, which can be pre-established or free-style. No jumping. Unless you count Prix-Caprilli classes which are rare, and is splitting hairs.

Personal Involvement. So much dressage, all at an elementary school level. Literally. The highest I’ve gotten is called First Level and can be thought of as first grade. Current horses have only done nursery school level. 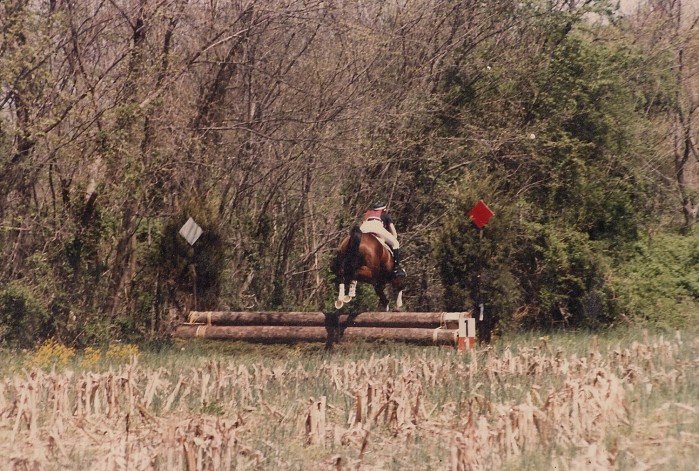 EVENTING. Olympic sport. The above two disciplines plus cross-country, which is solid jumps out in a field. If you buzz over a jump fast and clean, XC is objective. It becomes subjective when you have issues at a jump. Think an umpire calling safe or out. XC is timed.

Personal Involvement. I used to do this. I want to get back to this. I keep buying horses who disagree. 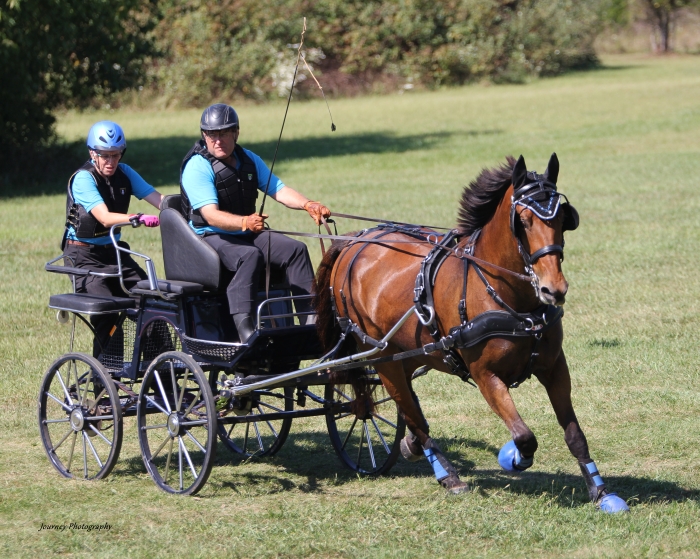 VAULTING. WEG Sport. Acrobatics on moving horses. Done singly or with multiple persons at once.

Personal Involvement. None. Would like to try if I can find someone willing to teach an old fart.

ENDURANCE. WEG Sport. Races of 20, 50, or 100 miles. Race to the finish. Some subjectivity in judging of the horse condition.

Personal Involvement. Virtual Tevis last year. Not at all the same thing, but it’s what I got. [VT archives]

PARA-EQUESTRIAN. WEG Sport. Dressage for para-athletes. Included to fill out WEG roster of 8 sports. Para-driving is also a thing.

Personal Involvement. None. Haven’t seen in person. Have seen some dressage videos that are amazing. 8 minutes of walk?!? I can barely get a horse to walk across the diagonal in a decent fashion.

Personal Involvement. I have no idea. You’ll have to go ask them.

HUNTERS. American version. Me jump pretty. Based on foxhunting. As with other field and bench activities, the discipline is only tangentially related to its roots. The average top-flight show hunter would categorically refuse to participate in a day’s fox hunting through mud and briar. The English version, called show hack, is flat only.

Personal Involvement. Back in the day, we didn’t have low jumpers. If you wanted to hop over fences, this was your main choice. So, I’ve done a lot. None of it at a fancy level.

WESTERN SPEED EVENTS. Barrel racing. Pole bending. Roping. Cutting. How long does it take you to perform the task at hand?

GROUP CLASSES. Also individual performance, but you are all in the ring going around together. Minimum level of performance in that you must execute the required gaits without becoming a danger to yourself or others. This is rare. Most competitors go into the ring expecting to complete the required movements. After that, it is the judge’s opinion of who is best on the day.

Personal Involvement. All of my saddle seat shows, save for a few patterns, were this kind of class. Most of the photos are solo because a) the photographer works hard to isolate the subject, b) getting out of the pack is part of showmanship, or c) it’s a victory pass. My ASB driving classes were also group classes.

PLEASURE DRIVING. Anything you can do with a horse that doesn’t involve jumping.

IHSA. A hunter competition at the collegiate level. Since my day they have added collegiate eventing & dressage. They may have had Western IHSA when I was in college, but not where I rode. Also the ANRC, which I think was similar with the IHSA but with fancier horses.

GYMKHANA. Games that involve much running back and forth. A team sport in the relay style.

Personal Involvement. None. I was too old when I joined Pony Club. [Celebrity Mounted Games]

KNOWDOWN. Not a sport, but included because part of Pony Club. 4-H as their own version.

HALTER CLASSES. Judging the body style of the horse. Certainly a competition. Could it be classified as a sport?

RACING. A business more than a sport.

Personal Involvement. Rode a racehorse during training. Never on the track. Groomed a racetrack. Only job I’ve ever been fired from. Previous Horse & Milton are both retired racehorses. [Riding Abroad]

What have I missed? What have you done?

This site uses Akismet to reduce spam. Learn how your comment data is processed.