… with lots of help!

I’ve been saying all along that I wanted someone else to ride Milton first. Come the day, I decided I could do it myself. We were a) in an enclosed space, b) in a place Milton knew well, and c) Coach Courtney was right there making useful suggestions, such as “Maybe loosen the grip on his mane and pick up your reins.” 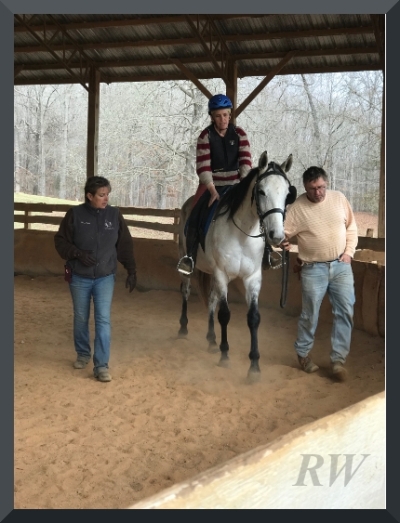 To recap: Milton’s record with us under saddle is not good [Universe, Boomerang, Progress] Recently, we had lunged Milton at home with saddle to indifferent results [Blinkers]. At SSF, it was NBD. The first day, Coach Courtney put weigh in the stirrup. I could see that she was this close to throwing a leg over, but decided against it. Next time, I stood on one stirrup and let him carry my weight a few strides. The next step was to get on.

I was expecting to walk a few steps on a lead. We – it was most definitely a group effort – ended up letting me walk and steer solo. Coach Courtney thought we were ready to trot. We decided to declare victory and go home. Pushing the envelope has not worked for us in the past. Festina lente. 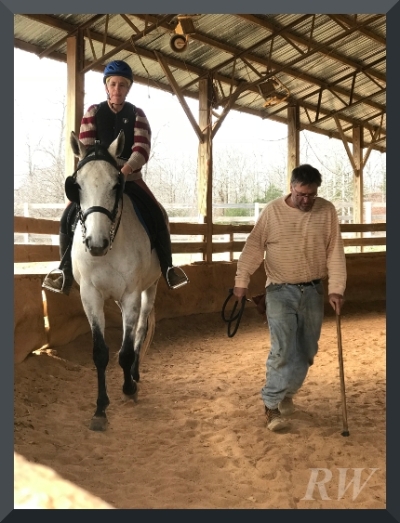 Yes, I’m wearing my vest [New Equipment]. No, I was not expecting a bronc ride. Otherwise, I would not have been on. Since they are bulky, both vests live in the dressing room of the trailer. Since we had it ten feet away, why not use it? 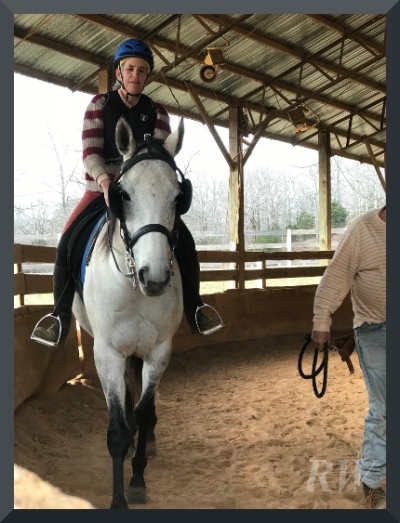 Yes, he’s wearing his driving bridle. We wanted them for the blinkers, and also because it’s what he is used to. Same tack. Same ring. Same people. Only difference is that he is giving the old lady a pony ride. Seriously, tell me that’s not his expression. 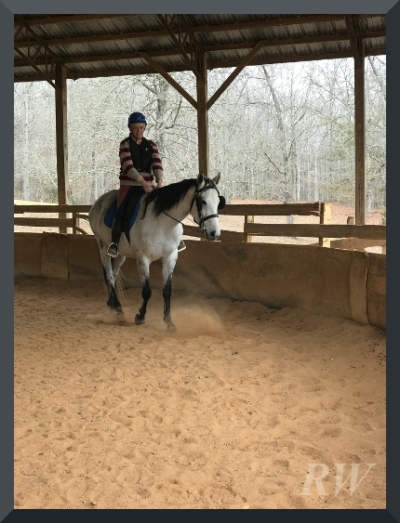 Milton’s response to all this? Okay, everyone is tense. Why is everyone tense? Oh well, their problem, not mine. 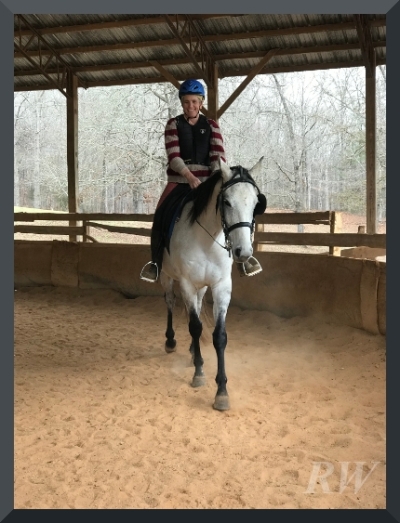 One shouldn’t need photographic evidence to make an event real, but I haven’t stopped looked at these yet. Photos by Rachel Wamble.