Readers may have noted a lack of Miltonicity in the recent posts. There’s a reason. I rode last weekend. It did not go well. 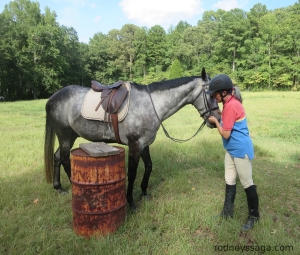 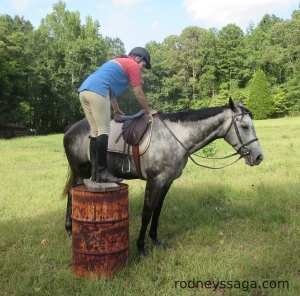 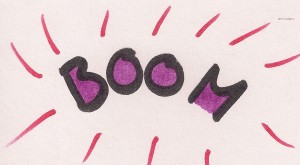 Immediately after the third photo, Milton kicked the barrel, had a complete cow, and dumped me. I held on long enough to have a nice crashing fall as a result. I was able to try a bit of course correction, but he was having none of it.

My ever-patient groundperson blames the saddle. We are two for two on horses having passionate fits while wearing it [Square One]. Causation or coincidence? Although it served me well for years with Previous Horse, the saddle is older than the flood. It’s possible that something has gone wrong internally that is only evident when a rider’s weight is added. He points out that I did not see Milton galloping around the field trying to buck it off.

I, of course, blame myself and am threatening to take up Tiddlywinks.

Practical details:
I’m fine. Stiff for a few days but fine.
Helmet has been replaced. A required feature of today’s helmets.
Saddle has been permanently retired.

This was not how this was supposed to go.

Later note: as I post these photos, I see that a) I should have had shorter reins but b) this does not look like a horse a heartbeat away from flipping his pancakes.

13 thoughts on “Did I Piss Off the Universe and Not Notice?”