State of the Blog: The Daily Object

Last year, I opened an Instagram account [Rodney’s Instagram]. As a lark, I started a project of taking a photo of one thing per day [August 2015]. I recently stopped.

Rules for The Daily Object
I had to include the complete object (mostly). This tended toward small, round things. To adequately display each object, I ended up using uniform backgrounds.

I had to take and post the photo on the day. No working ahead.

The object had to have relevance to the activities of the day. For example, a pair of pink sunglasses that I found when we took the dogs for a walk at a local park. 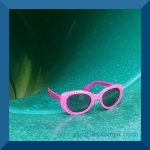 What I learned
How to see. Looking at the world through one particular filter for a few minutes each day.

The daily deadline wasn’t a huge problem. It was only a few minutes to do. If I missed a day, the world did not stop rotating.

Why I Stopped
I was running out of small, suitable objects. I don’t go that many places in a week: home, my barn, Saddlebred barn. Limited object pool.

I wanted to post cute, non-tdo, blog-related photos. And we see how well that has worked. In the two weeks since, I have posted two photos. THIS is why I have an immutable daily deadline for the blog.

Do You ‘Gram?
If you Instagram, please share your address below. I’d love to see up to what you are. My address: @rodneyssaga. 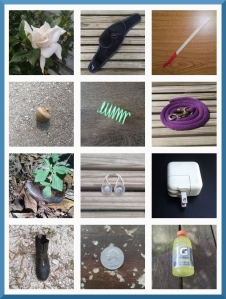