Awareness of the outside world. Recover with integrity. “Corruption thrives in times of crisis … The urgent responses required, however, led some States to trade compliance, oversight and accountability for achievement of rapid impact, thus creating significant opportunities for corruption.” UN: International Anti-Corruption Day. I assume the UN is referring to nation-states rather than US states.
~~~ 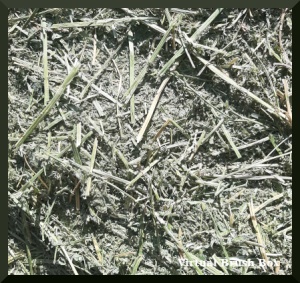 Rodney is back on alfalfa.

A few weeks ago, the horses stopped getting their morning digestif.

It wasn’t a policy statement. The small pile of alfalfa bales ended up hidden behind a large pile of coastal bales. The alfalfa slid off my radar. Possibly a lingering effect of my distrust of Thoroughbreds on high-test (twitch, shudder).

Okay, okay, I hear you. Finally.

Rodney promises to keep his cookies in the cookie jar and I promise to feed him a small amount of alfalfa for the calories and potential tummy-soothing properties.

Milton gets a taste because giving nothing wouldn’t be fair.

The Alfalfa Adventures, A Look Back
Rodney was more than willing to clean up whatever Mathilda was unwilling to eat. He can be quite the contortionist when alfalfa is on the line. [Grocery List] 2013

Alfalfa hay? Shredded money? Is there a difference? [Foto Friday: Mystery Material] When your geriatric horse gets anything she wants. 2014

There was an interlude of alfalfa cubes somewhere in here. I was never behind the experiment, so I don’t think I reported it. [Feed Adventures, Part 1 of 2] 2016

(Previous Horse) was nuts the next day. Jumped great but was impossible to handle … This was from alfalfa fumes. Ever since then, I have been jittery about feeding alfalfa hay. [Rodney’s Recap, Heat, Liberty, and Hay, March 2020]

(Milton) Gets a small serving of alfalfa when Rodney gets his [Recap]. He also is managing to keep the lid on. [Milton’s Moments, Driving Practice, Liberty Work, and Bite of Hay, March 2020]

Because it’s easy to overlook the obvious, one reason we added alfalfa was because of a hay shortage. [Annoying Shortages Not Related To The Virus, But Of Course The Current Situation Makes Everything Worse] April 2020

Now that he is getting all of his coastal, I’m hoping I can reduce the amount of alfalfa. [Here’s An Idea, Let’s Change Several Variables At Once, Saddle, Schedule, and Diet, Part 2, Rodney] October 2020

We have also tried alfalfa pellets and bagged alfalfa bales.

4 thoughts on “Alfalfa, Devil Grass or Stomach Supplement? My Horse and I Disagree”