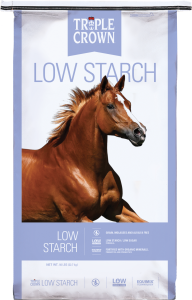 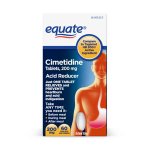 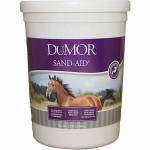 Plus apple or carrot & soaked down. 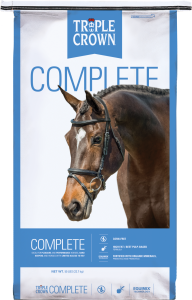 Discussion
As promised, we switched from the Triple Crown Naturals. Yes, we as a society need to monitor our food streams. Does The Jungle by Sinclair ring any bells? OTOH, the current non-GMO craze is fueled by hysteria &/or marketing hype. Glad to be off it. Low Starch by the same manufacturer was deemed to be the closest analogue.

Milton is doing well on the new version of pellets (coughfatcough). Rodney, not so much. He’s fine, just leaner than a horse at leisure ought to be. At first, I thought it was from a difference in hay. Milton can be a bully at mealtimes. Was he pushing Rodney away from the hay? No. We feed enough that both have access to all they want.

Was it because Milton gets put in the stall while Rodney works, so he gets a hay snack? Rodney does not lose his marbles, does not get put up, does not score a hay snack. No. The weight difference is too much to be accounted for by a flake or two of hay.

So, we are switching Rodney to TC Complete, a beet-pulp, grain feed. I’ve always liked beet-pulp for horses who need weight. I have this nebulous feeling that Rodney does better on grain while Milton does better on pellets. I’d dismiss it, but my co-feeder has the same notion.

Each horse will get a small serving of the other horse’s feed at each meal, i.e. Low Starch for Rodney, Complete for Milton. We like everyone in the field to be familiar with the available feeds, if possible. That way their systems have seen the ingredients if meals get mixed up, one horse gets away, whatever. Rodney doesn’t get exposed to cimetidine or Sand-Aid. No plan is perfect.

Two bags are a pain. Oh well, the single feed life was nice while it lasted. With two horses, we’ve had two feeds more often than not. Previous Horse and Mathilda were always on different feeds.

Rodney has recently developed the habit of waving his paws around while he eats. He invariably knocks over his bucket. He cleans up some, but not all. Milton comes along and vacuums up the rest.
Hence the Sand-Aid for Milton. Another reason for the weight difference? Perhaps.

We are investigating different feeding methods for Mr. Clumsy Paws. Nothing successful yet. Maybe if he likes his meal, he won’t knock it over or will finish it up if he does? We’ll see.

Flax and yeast tapered and stopped. I’m a believer in supplements as needed, but then not when they are not.