Awareness of the outside world. RIP RBG. Let’s honor her memory with actions that would make her proud.
~~~ 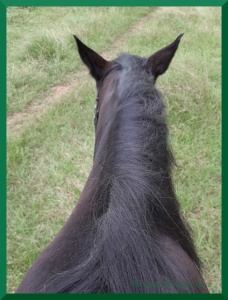 I used our break from Virtual Tevis-ing to reestablish Rodney’s stand. [Holding at Mile 61]

I will grant that Rodney needs time to get used to his new feet after shoeing. He has made that clear. However, if he can gallop around the pasture, he can stand in the middle of the ring under tack. No matter how much he waves his footsie at me or walks toward the ring like he’s Cinderella with a glass slipper. [Follow The Rules]

1st day – Fail. Twitch. Fuss. Move. I had the fleeting thought that he might lose it and wouldn’t that be embarrassing to fall off during a stand exercise.

2nd day – Better, particularly once the rest of the village showed up to keep him company.

4th day – Almost nailed it. Attitude 100%. A slight rotation to the left as he shifted his weight.

Despite standing well on day four, beforehand, he was anxious in the barn during grooming; afterward, he left as soon as he was at liberty. Both indications that there was still tension in his world.

Will excellence in standing translate to serenity in riding? No clue. Hope so. Seemed like a good idea to go back to a baseline. 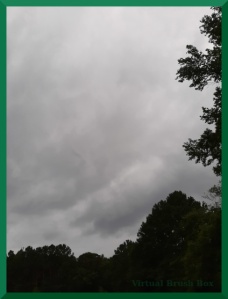