Another one that started out as a question on a blog post [Ring, Bridge]. Well, not really a question. But a post that left room for questions. In The Errant Moon: Very specific shout-out, the author attempts to reestablish contact with one person. The rest of us were left to twiddle our thumbs. We were not given an explanation. So I made up my own. A doomed love affair? Too obvious. Too ‘missed connections.’ What did we even know about the party of the second part? After all, on the Internet no one knows you’re a dog. Could be a job gone bad. Could be a tontine realized. Credit for the assist in title & illustration.
Stay safe. Stay sane.
Katherine Walcott
~~~ 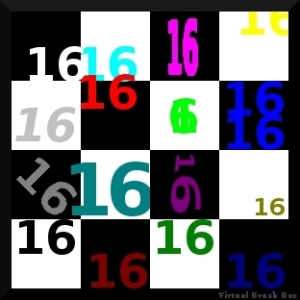 With quaking tentacle, I pressed publish. Would they see the post? Would they respond?

Today was perigee. Every 22 months, this was the best window to restock supplies from our temporary base on Mars.

It had been so long. Was it too late?

It is hard to stage an alien invasion when all of your troops have gone native.

Obviously we could change shape. We would have been recognized immediately otherwise. At first, we delighted in all the different animals and people and rocks we could impersonate. Gradually, we centered on making ourselves over into people. It was the most functional shape for gathering intelligence.

The more we acted as people, the more like people we became. As it says in Thief of Time, you put things in human shapes, they take on human characteristics.

In hindsight, introducing Pratchett may have been a mistake.

Changing forms is a slow process, not particularly comfortable, but doable. Like have a root canal from the bottom up.

We changed less and less often. When we did change, we found ourselves circling among a few favorite forms. Gradually we centered in certain attributes, such as skin tone, or genetic make up of favored chromosomes, or preference in food choices. I can always tell Teal from her aversion to tomatoes.

Her. His. They. Arrg. Your genders are so arbitrary. We’ll go with her/she. It’s totally wrong but for the right reasons.

Silver became a singer. I didn’t understand half of her songs. From what I read, neither do her fans. Interpreting the lyrics takes up a good 25% of her fan forums.

Fuschia became a building. She always preferred the trap-and-wait method of hunting. She was certainly luring them in. Businesses in her building did remarkably well, making rents unusually high for that area, when there was a vacancy at all.

I started a blog as a way to reach my scattered troops. Official intel reports were coming in too slowly and too sporadically. You can only send out so many commands that are met with, “Who, me? Must have gotten lost/been rerouted/eaten by a manatee.” That last was from Cyan, who was “Scouting out the oceans.”

A blog was a method that was both human and unobtrusive. It worked for a while. They would read and comment. Sometimes about their lives, sometimes reporting in on the others. That’s how I found out about Olive’s foray into lighting direction for movies. I told her repeated that Agent to the Stars is not an instruction manual for invading a planet.

Lately, the responses have dropped off. They read them. I know they do. Sometimes they comment, usually with an alias. Doesn’t matter, I can smell when one of my own is communicating.

I keep changing blogs. Humans as a whole may be unobservant skeins of yarn, but the occasional ball of wool has the rare flash of brilliance. It wouldn’t do to have a sleep-deprived grad student make the connection and realize the world is doomed.

So I changed blogs from time to time. A cooking blog. A book and movie review blog. For a while I ran dueling blogs that argued opposite sides of current political positions. No cat photos. Can’t compete with y’all there.

Whether my posts were text or photos or clips from songs, I made sure that the sub-harmonics were in an ascending 3-5-7 scale, to make them easy to find.

Regardless of the format of the blog, every 22 months I posted the number 16. As a call sign. A marker. A reminder of who we are. I’ve used a 16-petal flower. A 4×4 vehicle. I’ve quoted Luke 8:16, although the light of battle was probably not the light that the author wanted everyone to see.

No response. Year after year.

We were a unit. We were a fighting force. We were 16. Now, we were ones and threes and other arrangements I shudder to contemplate. Does the essential number mean nothing to them any more?

Meanwhile, I’m off to Disneyland. Great people watching there. Useful for strategic planning. Really. I swear.

4 thoughts on “The Sixteen, Fiction”