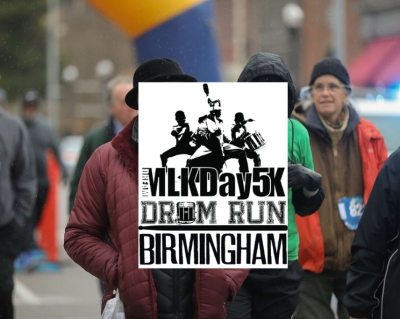 Photos
Start photo, above, by eQs Photography, modified by purchaser. I covered up the two people. Not sure of privacy laws &/or propriety, so I just don’t. Obviously, not the photographer’s fault that I am blurry. Focus was on the two in front. eQs race photos

There is a finishing shot by a different photographer. It was more than I wanted to pay for a blog post. Click on the page, scroll down, way down. Crowder race photos 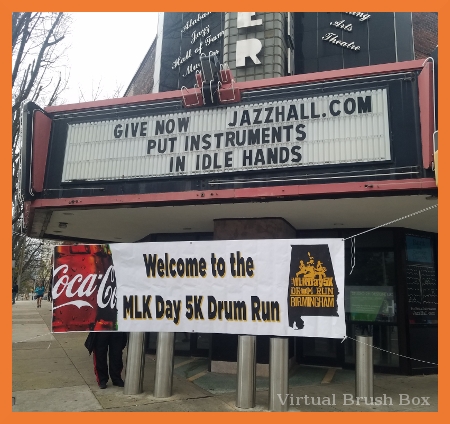 On Course
Back in January, I did my second 5K walk. Downtown Birmingham, again [Proof of Concept], slightly different route. We started on the northside near the Birmingham Civil Rights Institute.

Rain for the first half, allowing me to I feel virtuous while crawling along at a snail pace. Heavy downpour for a few moments, but cleared up before we got too soggy.

The route was lined with drum groups. Marching bands from different schools, a range of drum types. A few were lucky to be under a bridge overpass, or in a park shelter. The rest stood in the rain and kept making joyful noise as we all trudged past. It was AWESOME. By the time the sound from one group faded you started to hear the next. Afterwards, the drumlines faced off for a Battle of the Bands. Too cool. If – in the future – you get a chance to do a drum run, I highly recommend it.

No pics. Have photos. Decided against posting. Most of the performers were kids. Doubles the privacy issues.

No Medal, No Post
I was once again too slow to get a medal [Proof]. They had run out by the time I crossed the finished line. Means they had a high demand, which is good. The organizer announced that they would be getting more medals for the rest of us. Yay.

Never heard. Planned to check back once a polite amount of time had elapsed. I am certainly not going to ask them about a medal now. Since it appears I will be doing a bunch of these [Virtual Bling], I wanted to have this one in the record. 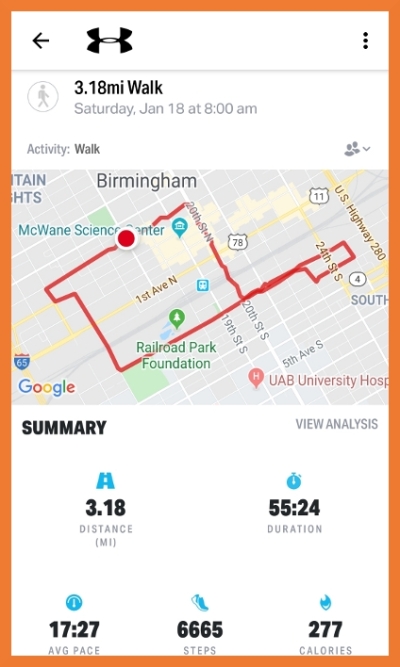 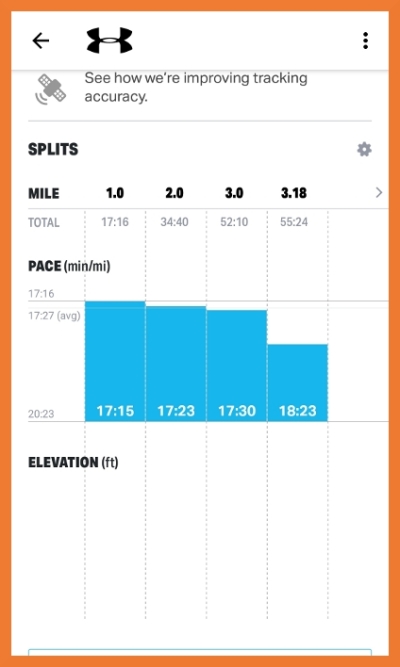 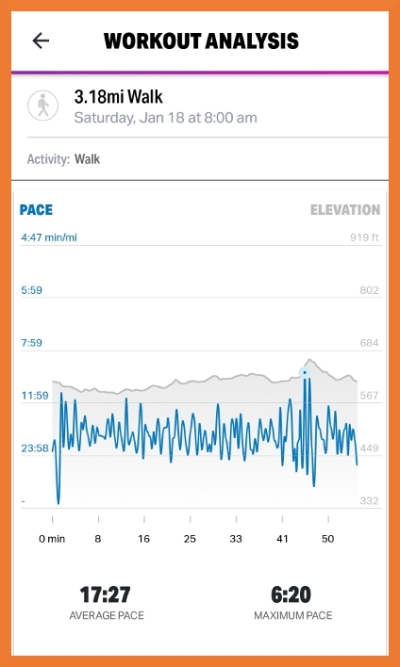 Screenshots from Map My Walk, if I remember correctly. Clearly the timing is not exact. At my pace, who cares? The elevation chart cracks me up. I thought it was a blank space at first. On the pace chart, the first dip is from a quick stop right after the start. The dips toward the end were probably photo ops.