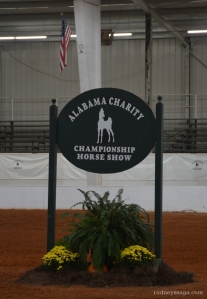 Commentary
In the first class, my plate spinning theory worked [Show Today]. I concentrated on keeping my hands up and my eyes up. The rest of the bits took care of themselves. I tried to do as much as I need to do, no more. “Put everything in the right place, then take a deep breath.” Amazingly, this uses less energy. I was less wiped out after one class [compare: Report]. I could feel things that still need to be fixed, for example keeping my shoulders back, but truly felt this was the best ride I was capable of on the day. Coach was pleased.

In the second class, I thought I rode the same. Advisory Committee said no. Perhaps I was tired. Perhaps I was resting on my laurels from my preceding stellar performance. Either way, less crisp. Still second. Not clear that the judge was big into changing his mind from class to class.

The driving class was a hoot. At one point, we went three wide around the top corner of the ring. Despite steering my way out of that mess, I still feel more a passenger than a pilot. I don’t see driving becoming my NextBigThing. But then, I never expected to drive this much. I heartily recommend giving driving a try if you have the chance.

Did the change in make-up help? Who knows. The consort branch of the Advisory Committee said I looked less scary. Since I never wear make-up, going without may have helped me feel more comfortable, less as if I was pretending to be someone I wasn’t.

So what are my chances at Nationals? I’m competitive. I could win. OTOH, the last three years have shown that I am no equitation diva. I could replicate the second & third from the first two years. Or worse. In order to win, I will need to lay down six good to great rides. Then, I will have to catch a few breaks, i.e. the talent pool of the other entrants &/or judges who are interested in buying what I have to sell. My first class at this show represented four different riding styles. I’m told that any of the four of us could have won. It came down to which style one liked. 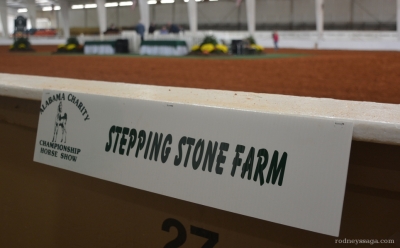