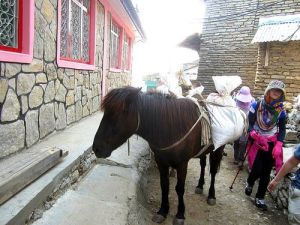 Horses and donkeys were all over the hills as they made deliveries of food and fuel.

Everything in the upper areas has to be brought in by horses, donkeys or people. Which made us feel really great when we were refilling our water bottles and not using plastic. Despite the iodine taste. Yick.

The pack animals were amazingly hardy, clomping up and down the steps and hills without a misstep. Generally they were in a train, and generally, one or all of them wore bells, so that trekkers could hear them coming and get out of the way. They didn’t really suffer fools, these working equines, so it was a good idea to step aside when they were coming through. 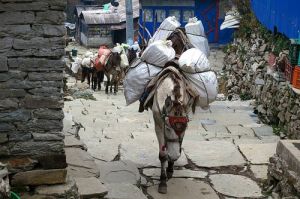 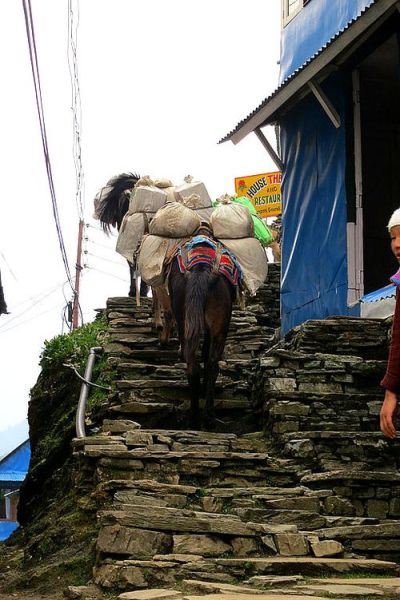 Up the steps and around the corner, not a problem.