Getting around to thoughts on the chiropractic appointment last month [Chiro, Dunno]. 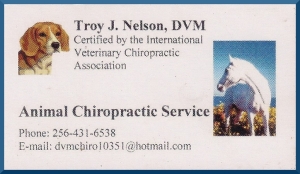 Before The Appointment
While I am a big fan of body work in general, I am dubious about chiropractic work.

Sessions I have seen in the past have involved violent yanking. It felt wrong to me.

Years ago, I had Mathilda & Previous Horse done. I was underwhelmed, both by the session and by the results.

There is the family anecdote about neck pain leading to surgery. A chiropractic adjustment would have been a dramatically bad idea, according to the surgeon.

Finally, I’ve had a dislocated finger. I don’t understand how a joint can be “out” and still be functional. I’ll allow this one as my ignorance, since I wasn’t interested in finding out more, see above.

Doc was coming to adjust the Stepping Stone Farm horses. I decided to have Milton done. We are still searching for the key to him. I had Rodney done as well. Two horses and a barn call fee as a trade-off for one horse and me having to ship to SSF. Worth it.

During The Appointment
I went over in the am to watch a few of the SSF horses.

Sam had his ears up. Sam is a hard horse to reach. He never stands around with ears up, unless peppermints are involved.

Milton spooked at the portable block. Doc handled it well. He let Milton sniff it, moved it away, moved it back, moved it away, etc. When it became apparent this was not persuading Milton, Doc had me play human blinkers while he stood on the scary block.

Overall, the manipulations were on the order of prodding and pushing. They fit better with my sense of suitable bodywork.

There was a nice energy in the field for the rest of the day.

After The Appointment
Adjustments for Milton: SI on right side. Something else in butt area on left side. Left ribs.

Adjustments for Rodney: generally not much. SI on left.

Results: Hard to say. No miraculous changes to either horse. That would have been nice. As I wrote in the last post, we mostly walked for a long time after that day for unrelated reasons. Since then, both horses have been going well. Nothing spectacular, more on the order of things working out rather than not.

Bottom Line
I am having them done the next time Doc is in town. Still not a complete convert, but I liked it enough to vote with my pocketbook at least once more.