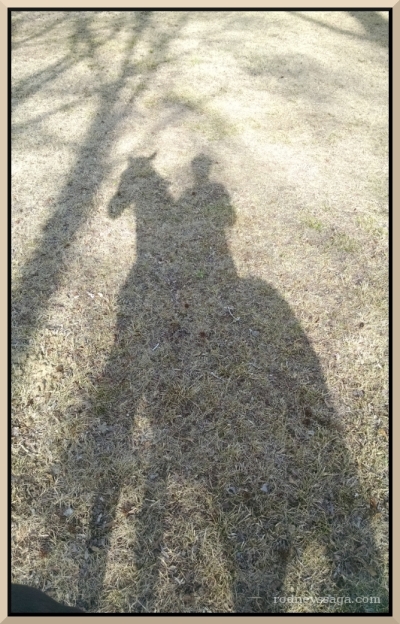 Rodney loves his new tack. He is wearing a side-pull hackamore noseband, a headpiece, & reins. That’s it. No saddle. No bit.

I have been reluctantly edging toward this all month [Headgear]. I knew Rodney would prefer the bit to stay in the barn. I knew a happier horse would be less inclined to do something appalling. I knew I could slide off at the first hint of adversity.

He was a star. Stood like a rock. Played couch like a narcoleptic school pony. We’ve done it three times now. We usually give him at least a week to grasp new ideas. He’s been thrilled during each ride, and pleased with himself afterwards. Me, I’m taking longer to swim alongside. 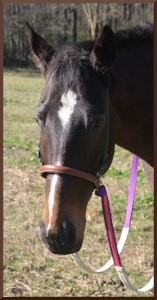 3 thoughts on “View from the Top”