To continue the A to Z theme, I will render the blog title in various alphabets over the next four Sundays. Today – Languages. How many of these can you identify? Answers below. 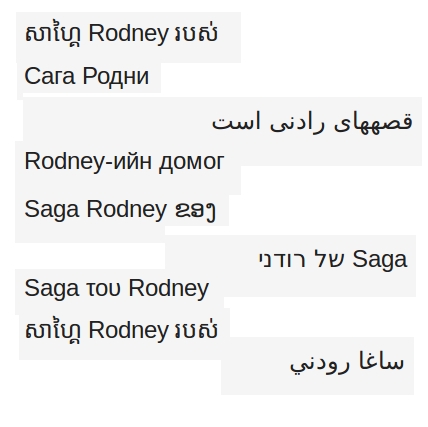 Courtesy of Google Translate. Cut & pasted as I have difficulty enough drawing the Latin alphabet. Either GT &/or my system rendered Chinese, Japanese, Korean, etc. as little character-filled boxes.

While not technically alphabets, Asian translations/transliterations would have been cool to see.

Elsewhere on the Web
An animated graphic on the evolution of the Latin alphabet, showing the migration of letters.

Adults Only
Speaking of alphabets on the web, a Soviet-era pornographically decorated alphabet here. Seriously NSFW. Found courtesy of the folks at So Bad So Good: Stalin’s Favorite Sculptor Created A Pornographic Alphabet Book.